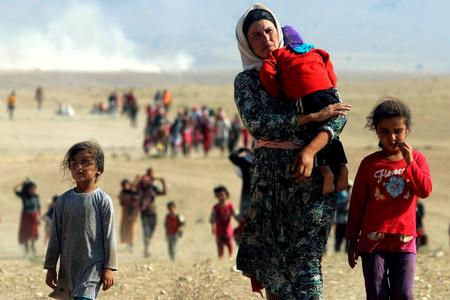 Beginning the horror campaign against Yezidis.

In August 3, 2014 the terrorist organization or so-called the Islamic State of Iraq and Syria (ISIS) had controlled the city of Sinjar and all villages surrounding it. Most Yezidis made their trips safely towards Kurdistan region and survived from atrocities of ISIS, however, few thousands of them couldn’t make their way safely towards Kurdistan region for various reasons, so that they fled to Sinjar Mountain where there was no water and food. Also a lot of families who didn’t have transportations left some of their children and elderly people who couldn’t walk behind them facing ultimate death because they didn’t have any other choices. When they reach the mountain they faced another type of death which was slowly dying from thirst, hunger and suffocation because of the extreme raise in temperature reached to 120 degrees.

People died from dehydration and lack of food on the top of the mountain.

Yezidi families remained in Sinjar mountain under brutal conditions with eliminate water and food, thousands of Yezidis remained stranded and starved on Sinjar mountain. Many individuals have lost their lives because of illnesses and shortage of nutrition and medical aids, especially infants. on the other side, the whole world were just watching these poor people dying slowly from thirst and hunger without doing anything for them. During that time, they didn’t receive any kind of humanitarian aids neither from international community nor human rights organizations.

The evidence of the Sinjar genocide is Kucho, one of the villages which died out from the existence.

The village of Kucho was under the siege by Islamic Sunni militias for almost 10 days. The world was looking at the village of Kucho with blind eyes they could simply save the whole city by providing air strikes to help the citizens to evacuate the city and flee safely to Sinjar Mountain, but they did not do anything for these people. Terrorist groups separated the males from females, then they took their money and everything precious they had including gold cellphones and enforce them to convert to Islam or die. Yezidi people would prefer to face ultimate death rather than convert to Islam because they would rather die as a pure Yezidi than mix their religion with impurities. They killed thousands of men above the age of 10 by shooting them randomly in groups and buried some groups alive. Additionally, thousands of women and girls were abducted by the ISIS militants, who have been selling their captives as slaves.

Yezidis could face permanent extinction if this senseless killing isn’t stopped. If this happened, the world will not only loose a very peaceful and unbiased people, but an irreplaceable link to its past.  The Yezidis are currently the caretakers of the oldest religious tradition on Earth.

The living situation of Yezidi people after the genocide.

The fall of Sinjar and Nineveh plain on August 3th 2014 led to displacement of a half million Yazidis to Kurdistan Region, Turkey, and Syria. They internally and externally displaced population live under critical conditions.

The situations of Yezidi refugees and the solutions for their catastrophe.

The so-called Islamic State of Iraq and Levant (ISIL) made a massive assault on the Yezidi ethnic group in Nineveh Province, northern Iraq. The assault resulted in full control by the ISIL on Sinjar, home to 400,000 Yezidis, and partial control of Nineveh plain, that is a home to 200,000 Yezidis.

The situation caused the deaths of more than 3,000 Yezidis; the abduction of 5,000 Yezidis, mostly women and children; and the displacement of more than 90 percent of the Yezidi population in Iraq into Iraq’s Kurdistan region, the Kurdish region of Syria, and Turkey.

Many children from the Yazidi minority died as a direct consequence of violence, displacement and dehydration.

The current situation of displaced Yezidis.

It has been estimated that half-million Yezidis are refugees in dire need of basic needs in the Kurdistan region, and Turkey. Only a small percentage of displaced Yezidis remained in Mount Sinjar or joined family members in Kurdish cities. The vast majority of Yezidi refugees are homeless, hungry and hopeless from the brutal conditions. The most vulnerable populations of infants, children and elderly are facing a life-threatening crisis on a daily basis. Every day, approximate 20 refugees are reported by various social medias have died from hunger, different environmental conditions, or illness. Most of the displaced people have taken refuge in the open areas, abandoned buildings, or streets that are unsuitable for human living. Limited refugee camps and higher percentage of these camps are full and unable to take more refugees. Many refugees have been subjected to great trauma, psychological disorders and emotional disorders. Refugees’ mobility is limited, therefore, refugees are unable to exit Iraq and chances are decreased continually while they are prompting to escape from undesired and brutal conditions.

The migration of desperate Yezidis

The Yezidi migration campaign begun in the beginning of 1980s when the Yezidi citizens have realized that their rights have been stolen by the Iraqi dictatorial government. Not only Yezidis who are the origin citizens of Mesopotamia but they also sacrificed in defending their country, developing and flourishing the Iraqi civilizations. Not only Yezidis did not own their houses, properties, assessments …etc. but also they also count them as a second level or lower of the citizenships among Iraqi populations nevertheless they are most peaceful, faithful minority people towards the others. Therefore, they are hopeless people in their own country seeking freedom and humanism equality.

Now a days Yezidis are trying by all means to survive from this continuous conflict and persecution against them, so that they risk by their souls trying to exit out of their country that did not protect their identity or even dignities, because of that about 100 Yezidis are leaving their homeland and crossing the borders to Turkey and sailing in seas seeking for safety. Mass migration is extremely dangerous for existence of Yezidis in the Middle East, on the other hand mass migration helping the Islamic extremists and self-proclaimed enemies of Yezidis by implementing stronger plans against them, however Yezidis should be free for making decisions about their fate and future. They shouldn’t be blamed for any consequences that they may face because of the critical conditions that have been through. They recent life for Yezidis in their homeland became senseless because of the difficult various factors so that they may continually migrate seeking a piece of land can save their children and protect their reputations and dignity. 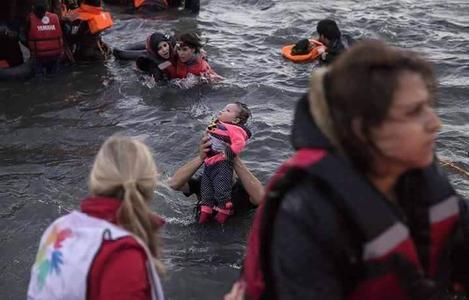 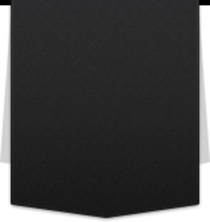 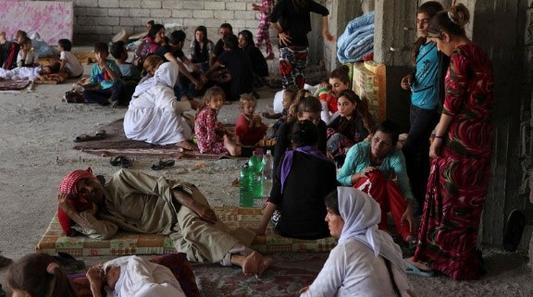 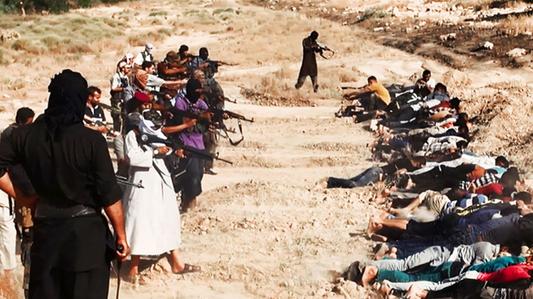 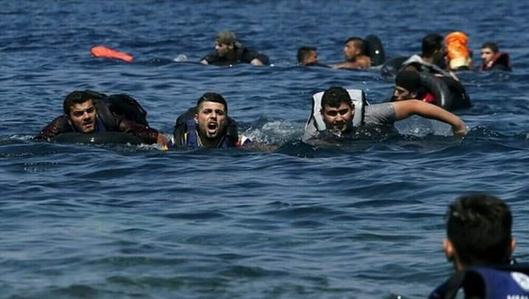 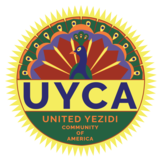 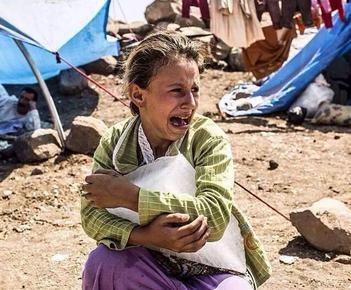 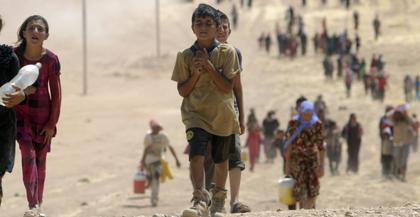 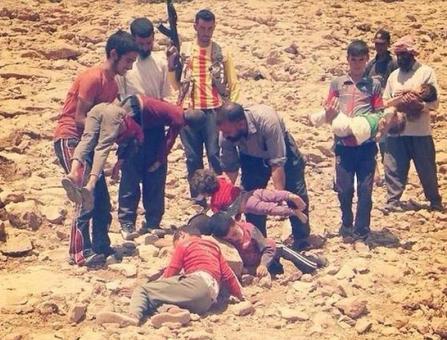